Writing Wednesday: “Ruon Chronicles”, “Porselein”, and “All the Things I Forgot”

I’m back from my birthday long weekend (during which I tried to do as much writing or at least planning as possible). Because thank you, headcold.  Here’s what I’m currently busy with and some exciting news for the release of All the Things I Forgot.

Ruon Chronicles — The timeline and The Knowledge Stones

I’ve been doing quite a lot of work on the timeline and rewriting some parts which no longer fit into the larger narrative of the Ruon Chronicles. Most of this has to do with the initial Knowledge Stone and how it was broken and the pieces scattered. I also needed to work on the timeline of The Knowledge Stones and The Grove of Graves as I moved everything closer together rather than having a 200-odd-year gap between The Grove of Graves and the book with the working title Charms of Life and Death. Action! Drama! Intrigue! Adventure! And, of course, embroidery!

Talking of which, I finally drew what I imagine the “hiding cloak” charm looks like:

Now, picture a cloak absolutely filled with these charms and you get the idea. I’ve tried some other designs for charms, but I’m not quite happy with those yet. So far I haven’t had to specifically write about them, luckily, which makes things a lot easier.

I’ve honestly not worked on Porselein in weeks unless you count a bit of research on medieval and renaissance guilds. I did put in some time on the radio drama over the weekend. The idea has changed a bit, but it’s still a supernatural/ghost story with the working title “Moet vergeet” (”Must forget”). The drama is in Afrikaans (like Porselein) and I’m still hoping to finish it in time to enter it into a local radio drama competition. That said, I’ll work mostly on this drama over the next few weeks and put Ruon Chronicles and specifically The Knowledge Stones on the back burner.

All the Things I Forgot

One of the great things about self-publishing something, is that making changes is a lot easier! All the Things I Forgot is not a new story, but a new jacket for Forgotten which, looking back, just didn’t work. The new title also suits the story a lot better, methinks. 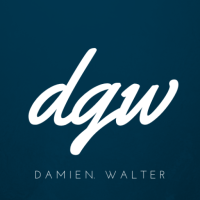